Latin America Outreach Campaign: “Land Grabbing from the inside”

“Land Grabbing from the inside” -- Who is involved? What are the consequences? Why is it so difficult to fight?

Throughout the month of November, Land Matrix LAC, in collaboration with the ILC LAC, will be carrying out an exciting Outreach Campaign to explore the issue of land grabbing in Latin America and the Caribbean with the aim of highlighting this important issue and investigating ways to mitigate its impact on peasants, indigenous people, and people of African descent in Latin America and the Caribbean.

We look forward to your support in expanding the reach of the campaign!

Throughout the month of November, Land Matrix LAC will be posting a series of high-impact messages and videos on its website and social media platforms about the social and environmental effects of land grabbing, its impacts, and some ways to mitigate them.

Details will be posted on:

During the campaign, a series of webinars will also be held on Friday 13, 20 and 30 November at 12pm (GMT-3) at which the following experts will address the issues and challenges that revolve around land grabbing: 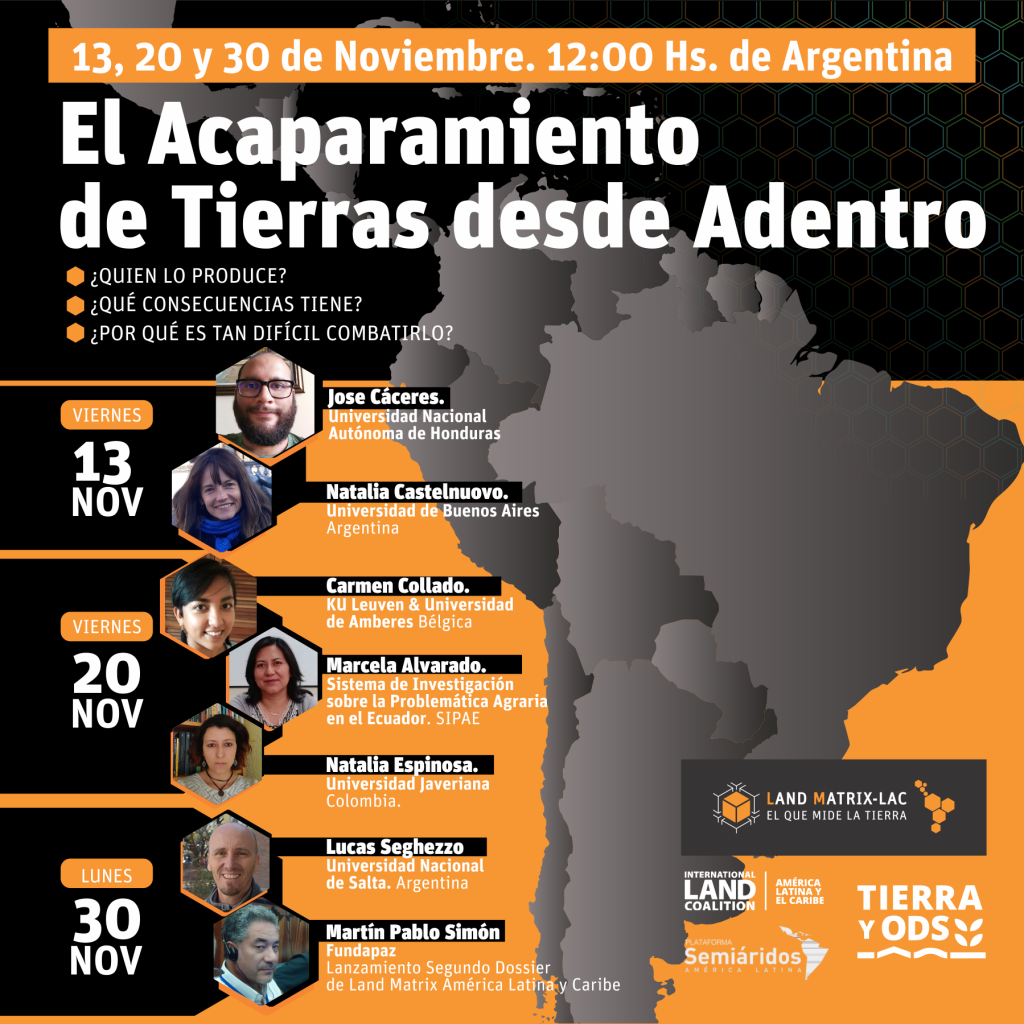