WEBINAR: Driving dispossession - The global push to “unlock the economic potential of land”

This free webinar taking place on Thursday 17 September will bring together activists and experts from three case countries who will expose the drivers and impact of efforts to privatise land, explore their interconnected nature, and overview the change of course required for the people and the planet.

The webinar is based on a report released in July this year by the Oakland Institute, Driving Dispossession: The Global Push to “Unlock the Economic Potential of Land”, sounding the alarm on the unprecedented wave of land privatisation that is underway around the world. Through six case studies – Ukraine, Zambia, Myanmar, Papua New Guinea, Sri Lanka, and Brazil – the report details the myriad ways by which governments – willingly or under the pressure of financial institutions and Western donor agencies – are putting more land into so-called “productive use” in the name of development.

Registration is free but spaces are limited. Register here.

The event will also be live streamed from the Oakland Institute Facebook page and questions will be taken from the comments.

Michael Fakhri, United Nations Special Rapporteur on the Right to Food & Director of the Food Resiliency Project in the Environmental and Natural Resources Law Center University of Oregon. 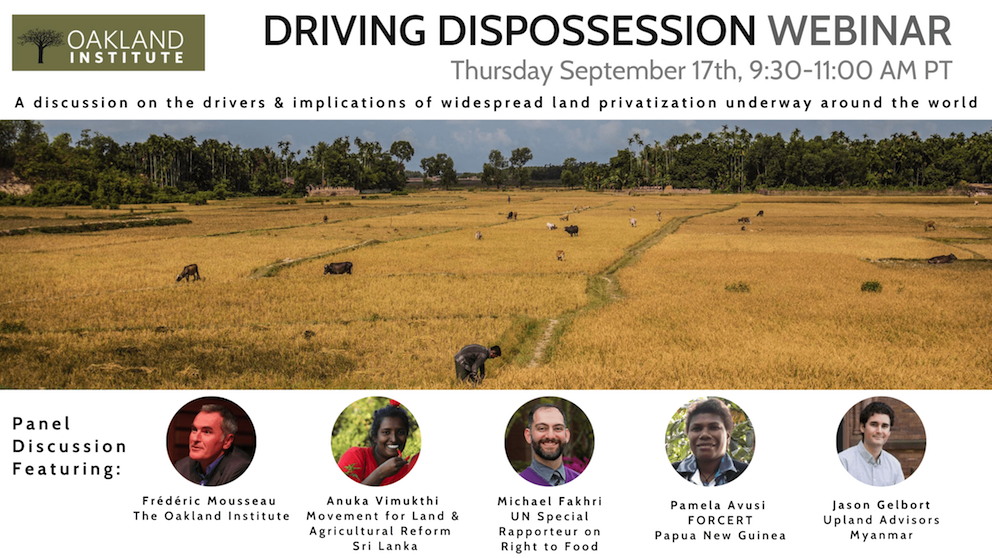