Brazil is the largest country in both South America and Latin America and is the world’s fifth-largest country by area. Sadly, however, the country ranks second-highest globally in terms of forest loss in the last two decades, mostly associated with cattle ranching and agriculture, as seen in the Amazon basin, for example, where cattle pastures represent the largest single use of cleared lands. Given the magnitude of Brazil’s geographic expanse, it is not surprising then that it is one of Latin America’s main target countries for land investments – and yet, the 6,367,825 hectares (ha) covered by all 162 concluded deals recorded in the Land Matrix database to date represent less than 1% of the country’s entire land area. However, they represent 7.7% of all its arable land, when considered in view of the fact that that only 9.7% of the total land area is arable. 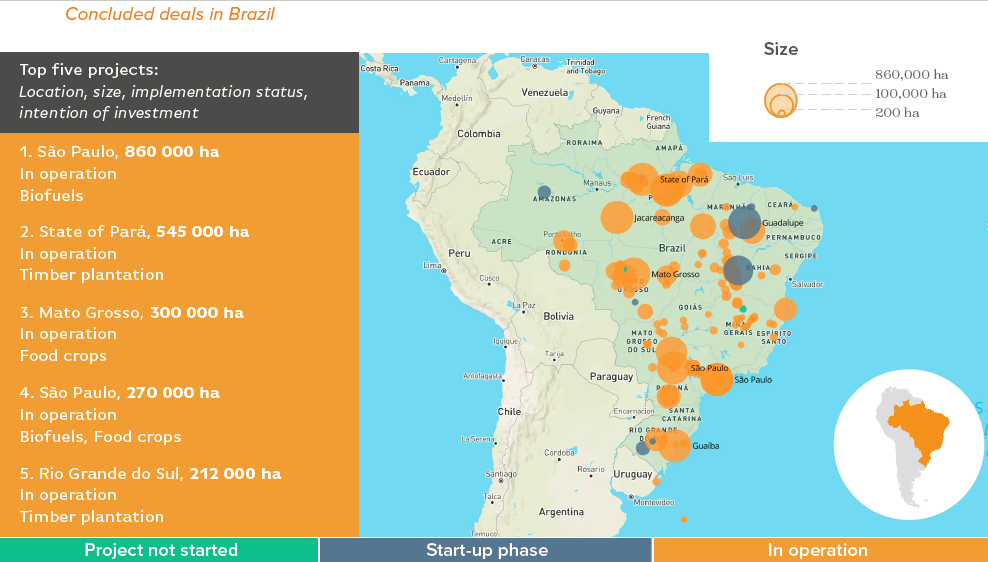