Large-scale land acquisitions (LSLAs) by private companies or states have seen a sudden increase in recent years, mainly due to combined and increasing demands for biofuel (i.e., caused by the increase in oil prices) and food (i.e., caused by the increase in world population and changes in dietary habits). These highly controversial phenomena raise many questions about production models, people’s rights, resource governance, and are often at the root of conflicts with local populations. A valuable source of open access information about LSLAs, which fosters the study of such phenomena, is the database collected by the Land Matrix initiative. The database lists land deals of at least 200 ha and details for example, their nature (e.g. agriculture, infrastructure, mining), their current status (e.g. ongoing, abandoned, pending), and the investing companies. The information about land deals collected in the Land Matrix database comes from heterogeneous sources such as press articles, government data, individual contributions and scientific publications. In this work, we focus on a land trade network built upon the Land Matrix data about top companies and target countries related to each deal in the database. Modeling the information about LSLAs in a land trade network allows us to leverage on network analysis techniques, which will help to characterize land acquisition deals from an original point of view. In order to take a first step in this direction, we provide: (i) a centrality based analysis of the land trade network, including an analysis based on the correlation of centrality measures with different country development indicators, and (ii) an analysis based on network motifs (i.e., recurring, statistically significant subgraphs), which provides an insight into higher order correlations between countries, thus providing fresh knowledge about recurring patterns in transnational land trade deals.

Access the full volume of the Complex Networks and Their Applications VIII here. 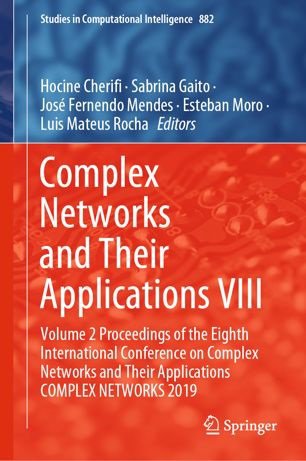